Still while you can see the failure of the adminstration on every front for which you have any experienceto judge them, you yet seem to have some sort of simple faith that their performance on the international stage is their redeeming feature, for it is the only policies of these lunatics you support, and then with rabid intensity. You can't really kidnap lots of innocent people who were just going about their business in another country which never bothered you before, torture them while holding them in conditions outside all humanitarian laws and conventions, incommunicado for a few years then when your own legal system finally makes your political position untenable for now release them, and expect credit for it since you released them finally.

Not out in the real world you sure as hell can't.


Mate I hate to tell you this, but the USA could release every foreign prisoner they are holding all over the world, who they have no reason to hold, pull their troops out of every country where thay are currently stationed in unwelcome circumstances, and still remain top of the archtypes of evil empires for a half dozen generations.

Thanks largely to the efforts of one man if a face was to be put to it. Rabbit says, "These are your words exactly: There is no more reason to accept blame for the actions of others, or to attribute it to an entire religion than there is to accept credit if they do something good. They were addressed to Sallyb specifically in regard to her feeling ashamed by what some idiots acting under the name of Christians did in Mississippi. I do not believe in collective guilt for what some people who claim the name Posted by whattheheck on Sally, Sadly I expected to hear that Not a thing happened to the Diebold employee.

He's alive and well, still sharing his conservative wisdom on that same message board, spewing forth vitriolic epithets I just think it has all become so surreal, so confoundedly twisted that Lewis Carrol and George Orwell combined could barely have envisioned it between them. If they did I fear the reviews would have derided their fantasies as having run too far away with them THIS time. I fear also those mysterious Halliburton concentration camps will be filled up and no doubt overcrowded as usual.

Who is there to stop them? Does someone think they would just have Halliburton build the camps for the sake of giving the national treasure away like usual? They already can do that on a grand scale in Iraq and Aghanistan, where they can give lots more loot to Halliburton, and Halliburton do not even have to much of anything for it. On the homefront they need to be seen to do something and can be seen doing it, or not.

In this case they are also actually doing the job they've been contracted, and for what might turn out to seem bargain prices. The camps are certainly recorded as real. Rabbit- Not a thing happened to the Diebold employee. He's alive and well, still sharing his conservative wisdom on that same message board, spewing forth vitriolic epithets against all things liberal for any and all issues, fact or fiction. My daughter received a chilly, "OK. Thank you," and luckily for her she hasn't been placed in chains yet.

We wonder if the day will come when this administration will decide to fill those mysterious new buildings going up, with the likes of us. I should probably ready my neglected bag of yarn so I can knit like Madame de Farge as we move into our Tale of Two Cities rerun. WTH These are your words exactly: There is no more reason to accept blame for the actions of others, or to attribute it to an entire religion than there is to accept credit if they do something good.

So how is it wrong to relate this to the attacking of entire countries or a religion on the basis of what some Muslims have done? Do you mean only Christians shouldn't be judged on the actions of others? You are either for collective punishment or you are not. WTH, the dangers of believing too easily any report, and also of allowing one's preconceptions to affect one's judgement are something we have been trying to teach you about. You are using various examp-les of this as if you need to teach us this thing, but I must remind you that you are having to use theoretical examples, because we have not actually been making such mistakes.

Those who are experienced in seeking truth via the internet don't fall into such errors all that often. It is rather quaint that you feel a need to lecture us about it. Take note please that the numbers of signing statements and the fact that Bush has made more than all other presidents combined, were always understood by the rabbit.

The thread shows this, go and read it. You were the one who started to question them and Rabbit soon found the information in detail to make the comparison. So the signing staement issue just shows we do know how to find the facts via the internet. It doesn't support your case that we are gullible, on the contrary. My dislike of Bush, has not affected my consideration of his actions at all. His actions are what has created my dislike of him. When it comes to speaking of the Bushling and his administration, hyperbole is not really possible. It may sound like it to you, but WTH, you are still struggling to get past your insulated thinking about Islamofascists.

As for reffering to you possibly caring less for the Lebanese Americans than you would for White Americans of European descent , it was a guess and I said so, this makes the accusation I am putting words in your mouth logically redundant. I still think you feel that way by the way. It isn't hard to guess from your spoonfed bigotry about Muslims. You have gained what you think is an understanding of Islam, from people who seek to demonise them, and you allow yourself to support attacks upon Muslim countries for no other reason than that they are Muslim.

You are the one who believes the wars on Iraq, or Lebanon are somehow wars on Islamic Fundamentalism. That these countries are not or were not Islamic fundamentalist states, and that they never had anything to do with any terrorism is beside the point to you. Therefore the only thing you have left is that they are Muslims countries and this is why it is justified to attack them. Are you claiming that Israel is just in atackinmg over soldiers captured by an Islamic group? It doesn't get much more simple WTH. It is true that erroneous information can remain on the internet.

Invariably the truth tends to displace the falsehood quite quickly and even though some may selectively quote the falseness for their own purpose, they can be debunked as a rule by anyone who tries since the correction is invariably available. For example the Jesse Macbeth video, which few who seek truth were ever fooled by still can be found about the net.

Yet it is impossible to do a search for it without being exposed to the truth that it was probably a fake. Meanwhile you doubted like many that the story of Haditha was true when it broke just afterwards. 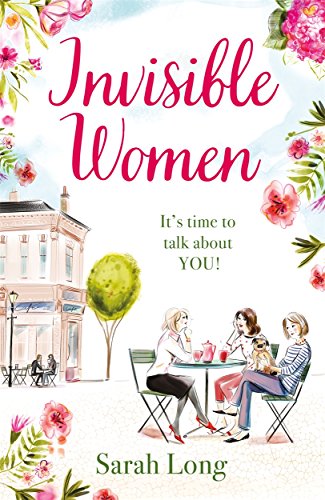 This time the story was true and by the time it reached the MSM, anybody could have found the facts about the story months earlier, since it was reported on the internet, via local news sources. Compare the claim that the Iranian PM, Armadinejad, threatened Israel's destruction which is repeated continually on the MSM, it is still circulating in society as if it is a fact and all manner of talking heads and Media sources are still speaking of it as a fact, a central one even.

The tragedy for those who rely on the MSM, is that it is not true, but that unless the MSM puts out a full and balanced retraction they have no way of knowing it is a lie. It was never true, and was shown to be a fake claim from the start on the internet. True many fools stil recycle the lie as if it is fact, but the truth remains irevocably available to anyone who wishes to find it. The speech by Armadinejad is available on the net and always will be to prove that the great lie about his words is but a lie.

The conclusion is simple, the internet makes it possible for the truth about most news to be found, independantly of the Media mouthpieces. That lies and falsehoods can be reported, is not unique to the internet. The difference is that those who rely on the MSM for news, can seldom know the veracity of what they are being told.

Lies and falsehoods are printed and spoken in the MSM every minute of every day. Yet it is they, with the selected news feeds who claim they somehow have more of a grip on reality. That is tragic. It bears mention that the suggestion to rabbits to calm down etc, is a bit silly.

Corpse often does his don't panic line, not realising how much it seems like projection or just wishful thinking, don't you start making the same mistake. Let it be known that nobody on this site gets the rabbit excited, except the dishonourable Bat Shill, Natalie. The rest of you are either a pleasure to deal with, a sport to bait or a mild amusement. You'd be surprised to know which category you fall into I'm sure. Actually, I enjoy discussion with you much of the time, for I am at least dealing with someone with moral integrity, and power of reason, though this is often repressed by the difficulty of having to abandon so many preconceptions.

This adds a dimension of sympathy to what I feel for you even. I don't have to carry anyone else's shame.!! Good deal! I'm going to have a glass of wine and celebrate.